At the age of 27, Itamar Gilboa left a startup and the business sector and moved to Amsterdam to change his life and study art. 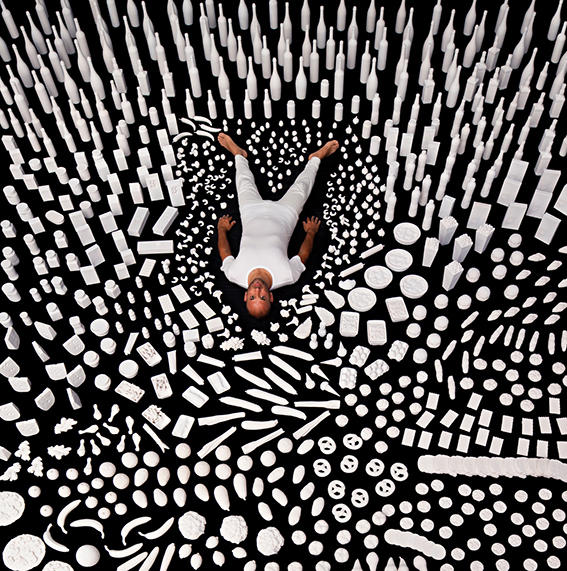 His projects all stem from his personal experiences: identity, the transition from Israel to the Netherlands, the army, his relationship with his mother. Each time that Itamar settles on a project, he devotes himself to it so completely that it takes him several years of careful study to research and complete each it.

The idea of food as a subject surfaced when Itamar moved to the Netherlands because the move changed his diet and way of life. He was curious to see the change itself. He began to document everything he ate for an entire year in a journal, without any self-critique or self-examination, and resolved not to make conscious changes during the process so as not to skew the results of the experiment.

When he finished the food journal, he put it aside until he was capable of dealing with the results. He then took all the data and used them to create orderly Excel files. A rough calculation indicated that he ate 180 products approximately 8000 times during the course of a year.

The process is similar to those of various diets, some of which I have successfully tried– you end up not eating a bite of cake just because you can’t be bothered to enter the information in the app for just one bite.

Itamar, however, approached the subject from at different angle. He was curious about the impact that the change of immigration would have on eating habits. The amount of alcohol, meat, and sweets listed in the Excel files shocked him. He was seeking a way for the viewer to undergo the same experience, to have us evaluate our personal food intake and raise awareness about consumption. In parallel, visitors to the exhibition have the opportunity to support NGOs that work on food-related issues.

Itamar, in a sense, created a new food pyramid, where the food he ate is transformed into art, which metamorphoses into money that is used to support awareness of global food issues.

His goal was to fill one space with all the products he had eaten in the duration of a year. It is one thing to know that we eat a lot, but it is completely different to see all the food products we consumed arrayed before us in white porcelain, an eternal testimony to our past consumption. 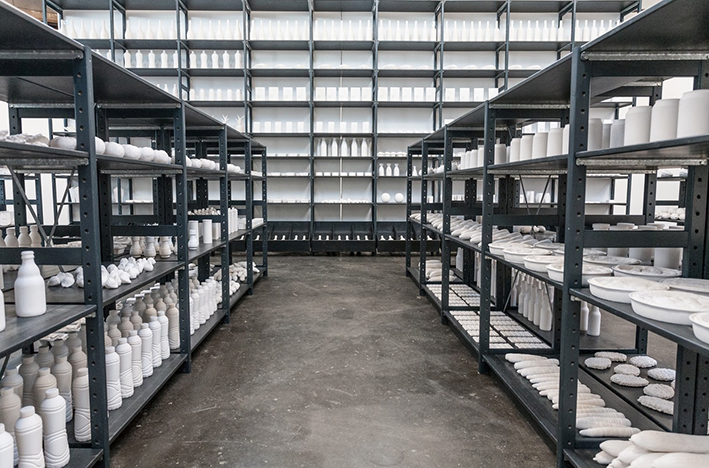 To this purpose, he created a prototype that allowed him to create silicone and plaster casts for porcelain. Some of the food products themselves were used to create the casts, while others he developed by sculpting the object in plasticine and then pouring silicone over it to create the desired cast. 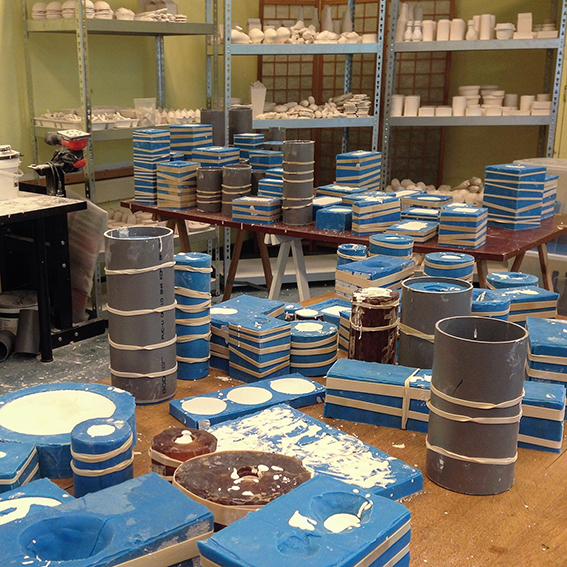 Two organizations began sponsoring the exhibition in late 2014:  the Netherlands Youth Awareness Association and Fair Food International. The Food Chain Project has received international publicity and exposure. Next year, the project will be exhibited at a Dutch museum that addresses food consumption.

The Food Chain Project will be exhibited in Israel in late 2017 under the curatorship of Keren Bar Gil.

It feels like the Food Chain Project has a life of its own.  It is fascinating, addresses important contemporary issues, such as migration and food consumption habits – from over consumption to food shortages. 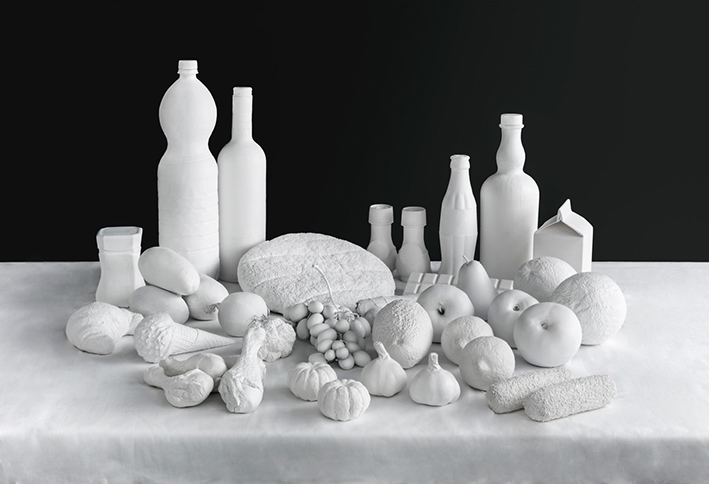 Itamar lives, with his wife and their child, in the Netherlands. He is working on a new and intriguing project for a sculpture exhibition at an important Dutch museum, in cooperation with Siemens and Stratasys. This is as much as he was able to share with me, and I eagerly anticipate seeing his newest works.

Itamar has a simple tip for anyone who wants to follow his example. Give up the business world and money and just create. Becoming an artist entails many years of financial hardship and great uncertainty. It is not a reality show and there is no immediate success after 15 minutes of fame. Like the chicken and the egg, you work and work until museums are willing to work with you and they in turn are waiting to see if you are mature and serious about the work process. Unlike other professions, where you can teach yourself and become successful, Itamar claims that there is a great significance to the journey and, therefore, at some point you must study a type of art.

Studying art is truly demanding and exhausting. There many moments when you say to yourself, “I can manage fine on my own at this point” but the art world outside of the academy is not pleasant or easy, so there is great significance to the mental patients needed to complete the entire process without any shortcuts to fame.

I discovered Itamar through my Instagram feed, when a satisfied customer of his bragged about the new works she had purchased. You are invited to view Itamar Gilboa’s Instagram feed for pictures and more information.