Trending
You are at:Home»Fashion»Fashion week Berlin

Berlin Fashion Week seems to have internalized the fact that in Germany, most people are just not interested enough in fashion. Germany seems to be a country where technological efficiency and innovation are more important than impressive clothing. With the change in Fashion Week’s main sponsor and the fact that its many events are spread throughout the city, it seems that anyone who can jumps on the Fashion Week bandwagon to be part of the party and get on the events schedule.

The fashion show opener, held at the Erika Hess Ice Stadium, showcased fashion school graduates from all over Germany.here is the list of the graduate students and their Universities: 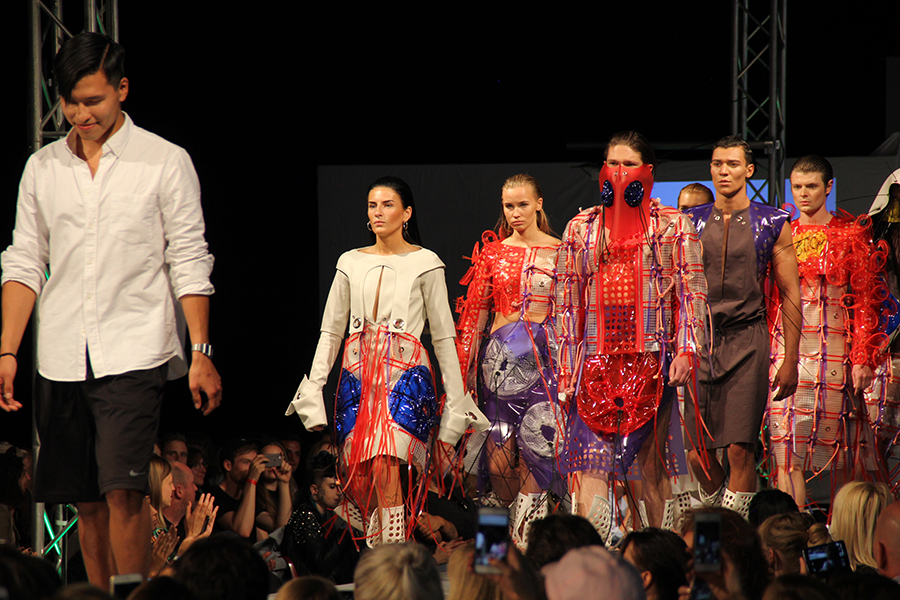 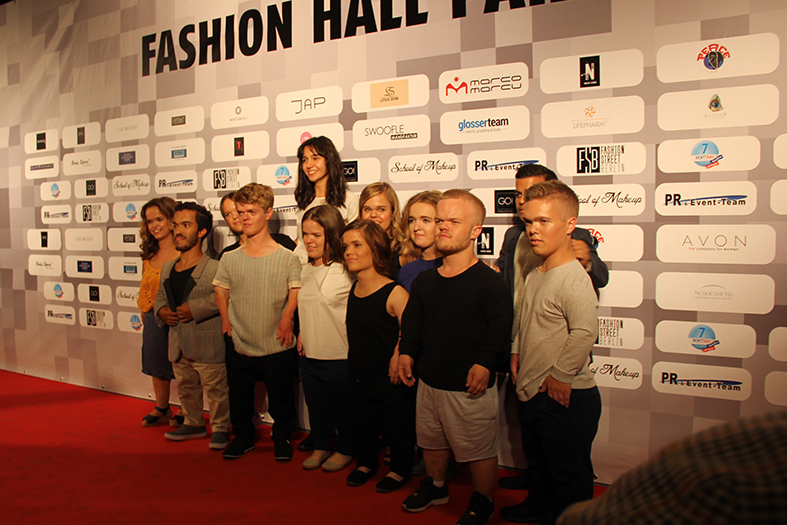 I learned from the whispers I overhead in the audience that local designers had refused to participate in the local fashion week because they felt it was too commercialized and driven solely by financial considerations, with little interest in artistic barrier requirements.

At the KaDeWe, the exclusive mall located at one end of the Kurfürstendamm, the Berliner Salon and Vogue collaborated on a display of creations by local designers. The audience was invited to vote electronically for their favorite creations. 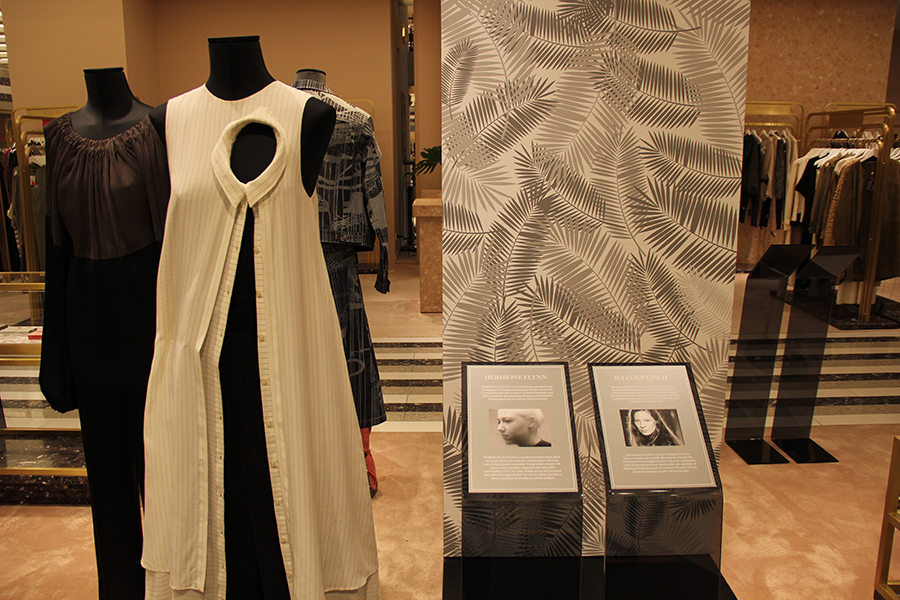 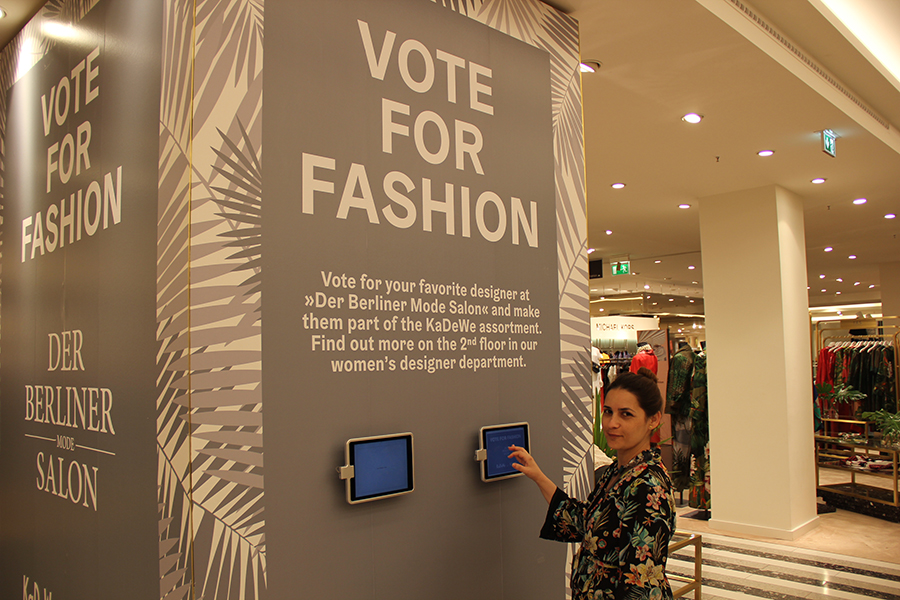 Mercedes-Benz, until recently the main Berlin Fashion Week sponsor, presented its shows in an impressive building located in the central Mitte district. The stage was constructed of four tracks in a W-shape, which gave space for many different opening lines. My fashionably late arrival, plus the security check of my camera, forced me to the front of the main row along with all the magazine photographers. 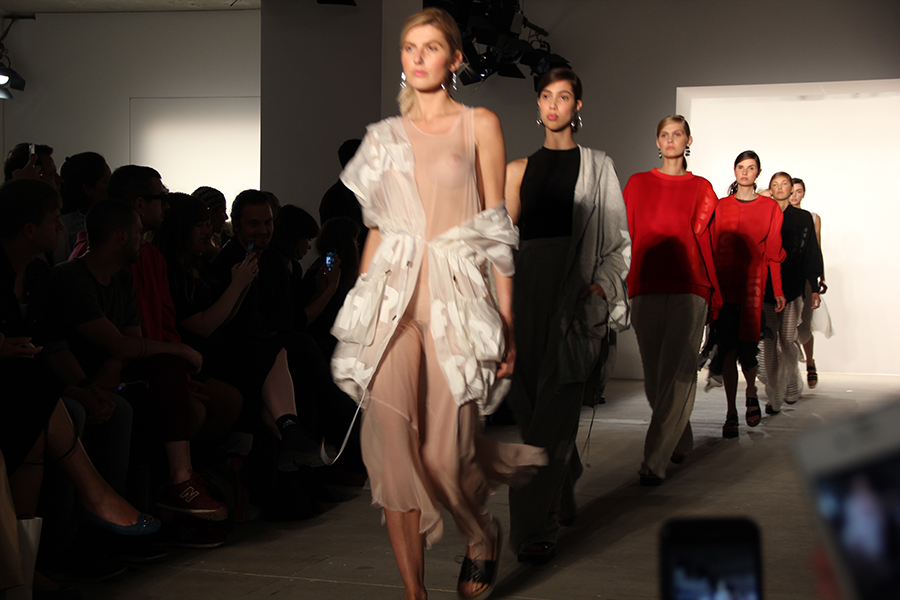 Some background information about Berlin Fashion Week: the sponsorship has been sold to the Etihad Airlines of the United Arab Emirates. The airline has also recently taken over sponsorship of the Bombay and Sydney fashion weeks. I guess Berlin Fashion Week does not have what it takes to sell the gorgeous Mercedes automobiles on display in the foyer of each exhibition. 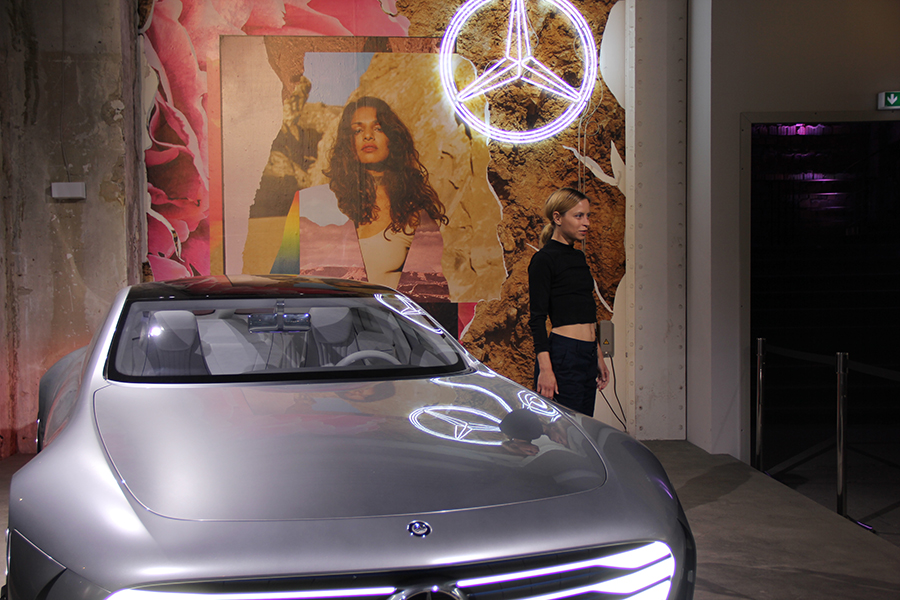 Down the street, Studio 183 held a launch for vintage items by Martin Margiela. It was a brilliant marketing promotion. The beautiful store, featuring a range of talented young designers, set up a stand for Margiela’s merchandise in its center, a bar at the entrance, and a well-equipped professional makeup studio in the small foyer. 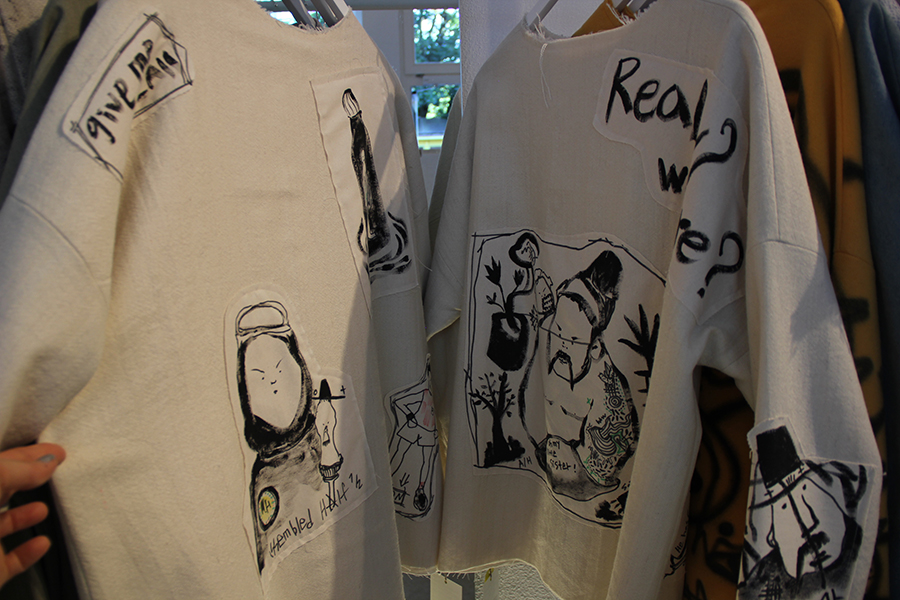 In my opinion, the highlight of Fashion Week was Fashion Tech, a conference on fashion and technology a part of the Premium exhibitions. 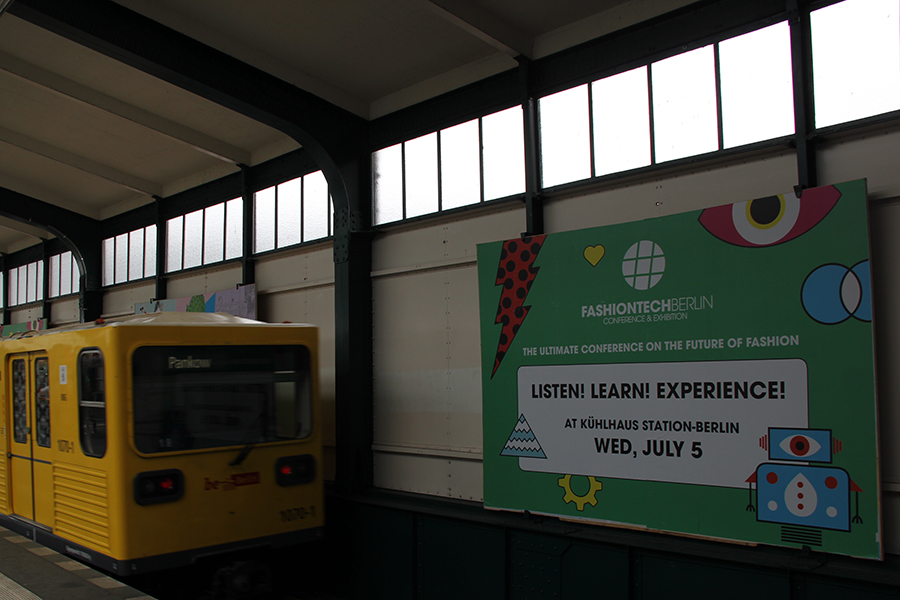 Fashion Tech included a full day of lectures and workshops from 10am to 5pm by companies from Germany and England that are connected to fashion and technology, from smart fabrics to online branding and marketing. 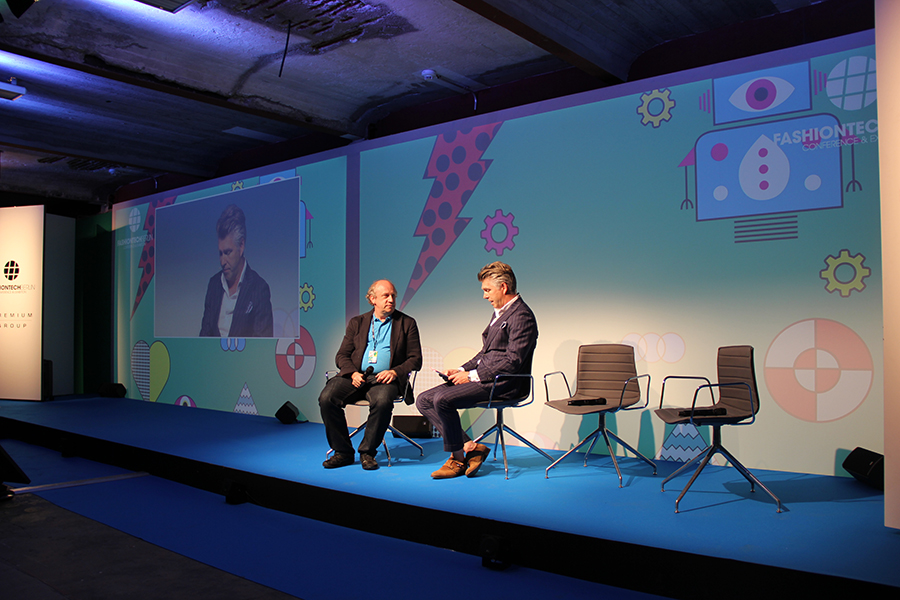 Understanding that Berlin fashion is not a draw like Fashion Week in Paris or Milan, Berlin Fashion Week has branded itself as the event where fashion and technology meet. In a world where everyone already knows that manufacturing a shirt in China costs $2, the only way for brands to retain their value is to incorporate technology into the product to justify a final price tag of $100 for a shirt.

I was proud to see Israelis participating in Fashion Week. Yael Kochman, Director of the Fash & Tech Innovation Center, and Lihi Pinto, co-founder and VP of Marketing at Syte, a platform that enables online shopping directly from pictures, both spoke at the conference.

The most impressive was Elektro Couture booth, a fashion technology house which consults and supports companies entering the fashiontech industry, featuring clothing lines that were illuminated or that played a full concert. 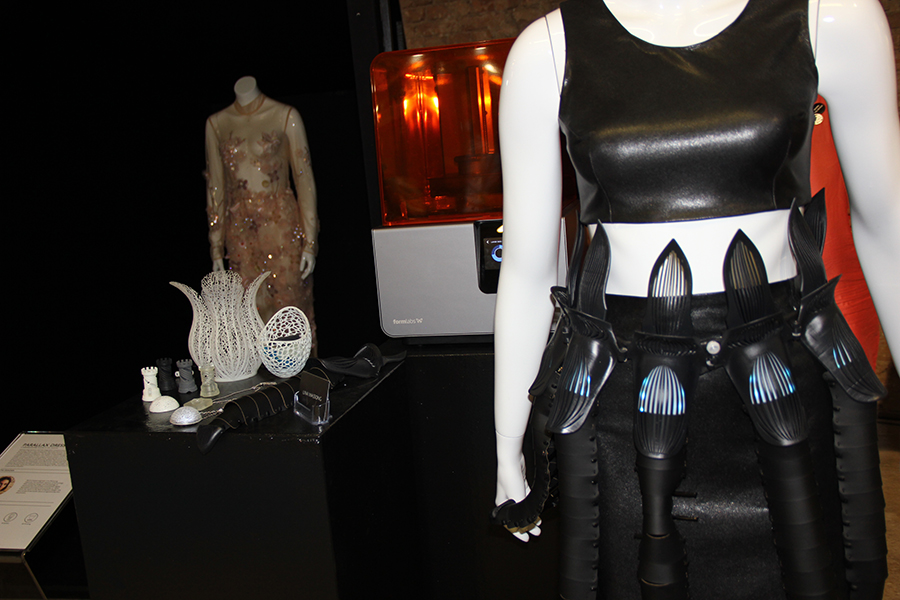 The booths at the exhibition itself were spectacular. Some were the size of the cabin from Little House on the Prairie, others had a bar for coffee and cocktails, or a chef preparing food samples. The central courtyard between the different buildings in the exhibition complex was transformed into a lively street party. 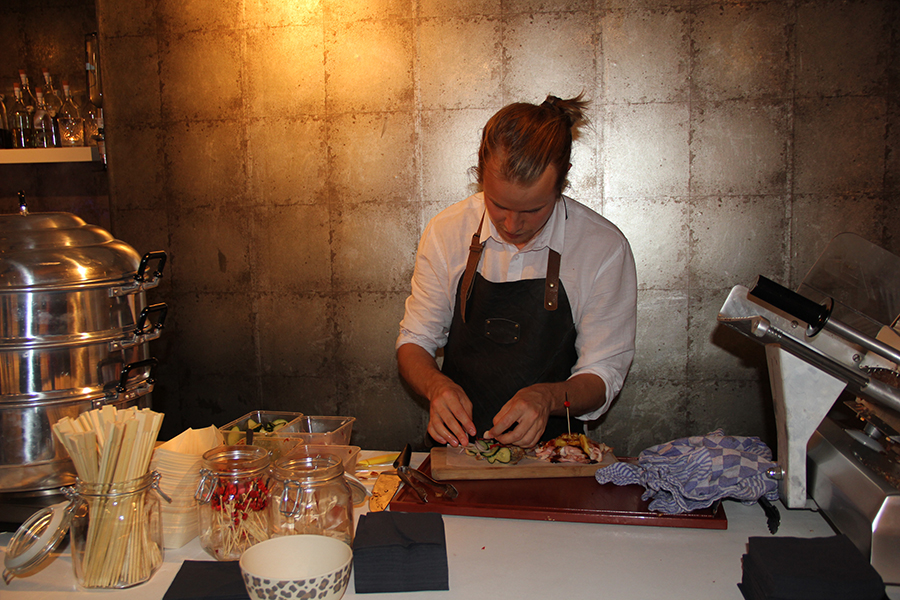 The clothes themselves, which from afar seem unimaginative and almost mass-produced, are in fact a celebration of uncompromising comfort. They showcased combinations of colors and patterns that should not match but do. It was almost as though someone or something in the design tried to break through the boundaries and then decided to behave according to the rules.

One of the exhibitions, the Green House Salon, was entirely dedicated to local eco-friendly production. Overall, Germans have not enthusiastically adopted the “Made in China” fast fashion concept, which I find inspiring. 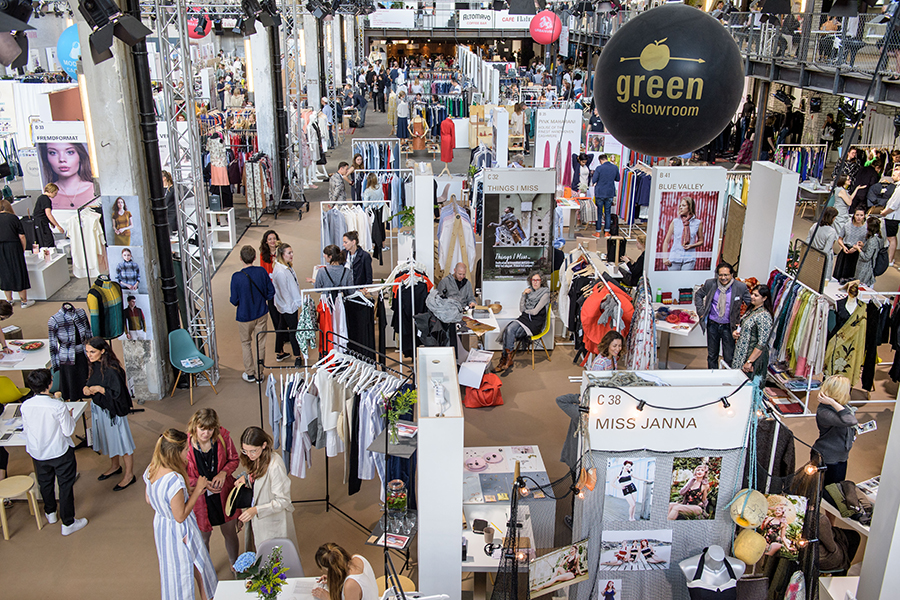 The different and spread-out venues for Berlin Fashion Week and the myriad of possibilities to meet people and make endless discoveries in futuristic and traditional fashion made me feel I had run a marathon. In fact, I think Berlin Fashion Week deserves more time and I regretted my early flight home. I can hardly wait for the next season! 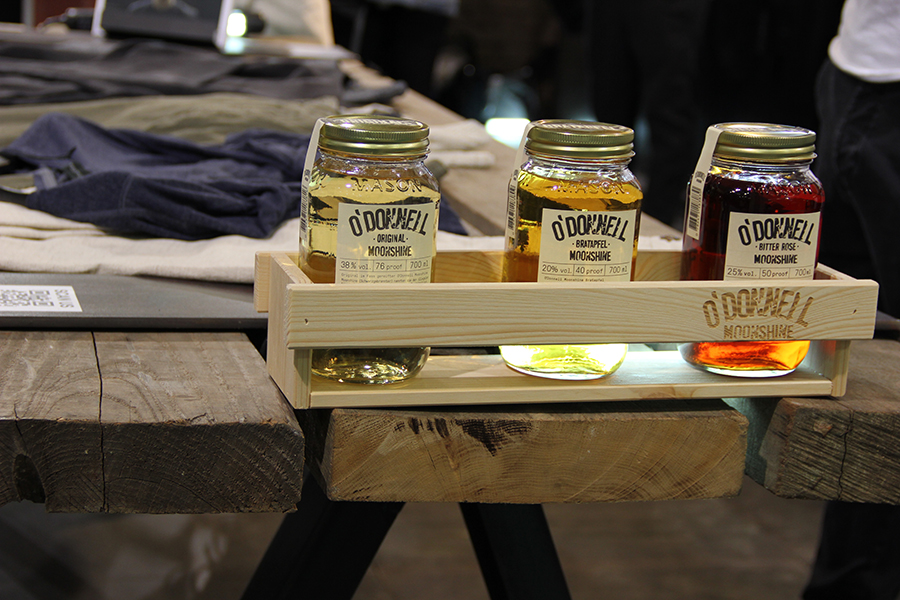 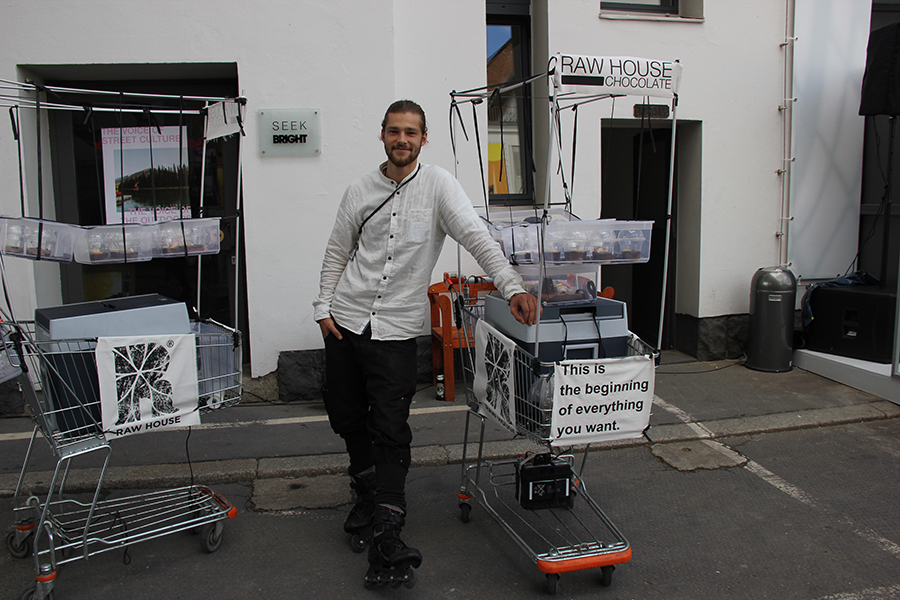